- The Power of Positive Expression -

In 2012 my yoga instructor at the time introduced me to the work of Dr. Emoto. Instead of leading us through our physical practice, she leads us through the pages of Dr. Emoto’s “The Hidden Messages in Water

” and in doing so altered my world view.

Dr. Masaru Emoto is a Japanese scientist who photographs frozen water before and after basic experiments have been conducted on the water. For instance, playing a song to the sample, showing it a picture, saying a word, or sending it a prayer.

His findings show that these simple measures have astonishingly transformative effects on water crystals.

In 1999 Emoto published his findings in The Hidden Messages in Water, asserting that molecular structures can be altered by human consciousness.

Let me break this down in terms of an experiment I’ve seen countless times. Take 2 apples, put them each in their own separate jar, place on opposite sides of a room.

For 30 days, say “I love you!” to one apple, and “I hate you!” to the other apple. In a month countless people have found the loved apple to look like it was picked yesterday, while the hated apple is a moldy, decomposing ghost of what it once was.

What does this tell us?

Water is the connecting factor.

Humans are comprised mostly of water, just like fruit, just like most beings on this beautiful earth.

The vibes, energy, mood, feelings, atmosphere- whatever you want to call it that we create, becomes our reality- it literally shapes our physical selves.

Whereas words like evil, you fool, and you disgust me, all generated blurry, ugly, chaotic crystals. These words, either positive or negative, have the same effect on humans.

So, how often do you find yourself thinking or saying things like, “I can’t” or “I’m ugly” or “I hate xyz”? Does saying those negative things make you happy, feel empowered, feel loved?

What if you changed those negatives into positives, replace hate with love, can’t with can, ugly with beautiful? How would you feel then? So much of what stands in our way in this life is ourselves.

Imagine if we could transcend what we thought was our limits with something as simple as altered consciousness. It’s not a fantasy, it’s reality.

Whether or not you choose to make it your own reality, however, is the heart of the matter.

This idea of altered consciousness may seem daunting at first, but it is very attainable through small sustainable changes.

For me it began with 30 Days of Self Love – a program where you video yourself telling yourself you love yourself for 30 days.

This small practice is the highlight of my morning and it only takes me about two minutes to say what I need to.

This is the spark at the beginning of the day that leads me through a path of positivity.

The second change I made was to replace judgment with compliments.

When I found myself immediately going to compliments, I started verbalizing what I loved about others to them. The beautiful thing about complimenting others is how quickly it opens them up to positivity.

I’ve made countless friends simply by saying something nice and received a ton of compliments in return!

The third change I made was to replace can’t with can. I hear a lot of excuses from people as to why they can’t do this or can’t accomplish that, and so on and so on.

Yes, some obstacles are difficult to overcome, but they are not impossible. The moment you say “I can’t” you close the door to thousands of possibilities. When you say “I can” you open yourself up to more opportunity than you could have ever imagined.

Ultimately, positivity makes you a happier, healthier, and more beautiful being than negativity. Harness the power within yourself to alter your mind, and in doing so you will alter your reality beyond measure. 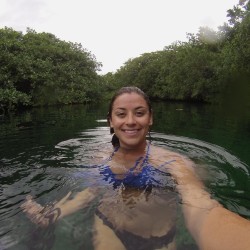 Brandi Graves
Brandi is a connoisseur of all things free. On any given weekend you can find her star gazing, exploring the endless road, or smelling of smoke from a wood fire.

The IPS Podcast | Educational Platform on Life | Hosted by Jellis Vaes
A warm welcome to the podcast of The IPS Project, the educational platform on life. In this podcast hosted by Jellis Vaes, the founder of The IPS Project, you can expand your knowledge about life topics that we learn little to nothing about growing up—topics such as mental health, relationships, the workings of the mind, etc. We will learn about them from experts and people from all walks of life.
Listen On Apple Podcast Listen On Google Podcast Listen On Spotify
Bonus Episode – Craig Stanland: The Questions That Were Not Asked (Meditation, Suicide, Prison Nicknames, and More…)
by The IPS Project | Jellis Vaes

Emotional Intelligence 101: Become the Master of Your Life

Emotional Intelligence 101: Become the Master of Your Life